For 2020/21 season all spares must be a member of the Manotick Curling Club. As outlined in the Return to play Guidelines, skips are responsible to report the use of any spare to the league convener and the Membership director so that we can follow the provincial contact tracing rules.

After the 2020/21 season the following sparing rules apply:

Any person who is not a member of the Manotick Curling Club must sign a Waiver before playing in one of our leagues. Waivers can be found in the blue file folder marked “informed consent", located in the tower on the table next to the display case. The form should be handed in to the bar. It only needs to be submitted once per season.

The fee for non-members to play is $15 per game. This should be paid at the bar.

Anyone who participates in a show-and-play league is a guest if they are not a registered member of that league. The 3 show-and-play leagues are the Tuesday and Thursday morning leagues and the Saturday evening league. It should be emphasized that the term guest applies to Manotick members as well as non-members. The guest fee is $15.

A spare is defined as anyone who replaces a regular player in the fixed leagues. There is no fee for sparing if the spare is a member of the Manotick Curling Club. Otherwise a spare must sign the consent form and pay the non-member fee. 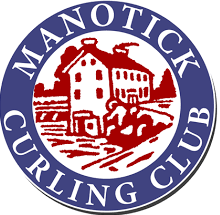